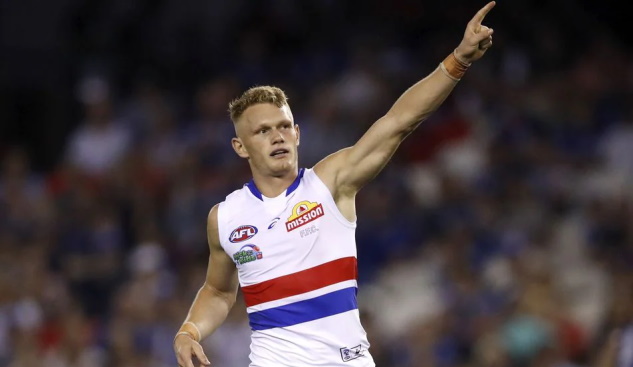 Adam Treloar has been sidelined for an extended period, he injured his ankle in Round 10 against St Kilda.

Treloar has been diagnosed with an ankle syndesmosis ligament injury, surgery is required.

He is expected to miss 6-8 weeks

“We’ve decided the best way to manage this injury is to operate to stabilise the ligament,”

“This will get him back playing sooner and avoid ongoing complications.”

“We will confirm his timeframe to return to play following the surgery but expect him to miss the 6-8 weeks of footy.” Bulldogs Head of Sports Medicine, Chris Bell.

The Bulldogs will likely provide updates as his rehabilitation progresses.

Lachie Hunter did see minimal centre bounce usage for the first time this season in Round 10, he may see an increase in usage in a wing type role while rolling through centre bounces to assist with rotations.

Pat Lipinski should see increased opportunities at AFL level, he can be used in a similar role to Hunter.

The Bulldogs have generally run a narrow centre bounce rotation this season.

Treloar is a trade-out in AFL Fantasy classic.