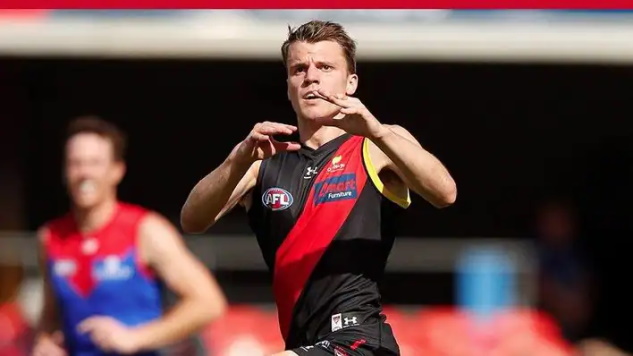 Essendon GM of Football Josh Mahoney has provided an update on the role for Jordan Ridley next season, he is set to be used primarily in an intercepting role.

In 2021 he was forced to be matched up on opposition forwards, the addition of Jake Kelly via free agency now provides the option for Ridley to be used in a spare defensive role.

“He (Jake Kelly) also frees up Jordan Ridley, who ended up playing on a lot of those smalls at different stages (in 2021)”

“We know the strength that he has as a drop off defender, it also gives him the ability to play his natural game as well.” Bombers GM of Football Josh Mahoney via Trade Radio.

FANTASY IMPACT: Jordan Ridley averaged 79.9pts from 22 games in the 2021 season, he averaged 108.3pts from his opening 4 games of the season prior to being subbed out with concussion in Round 5.

He played a variety of roles in defence, it made for a volatile scoring output last season.

Providing the Bombers are healthy in defence to start the 2022 season, Ridley could see a strong fantasy output.

He is an option to begin with at Round 1 in season long fantasy, he’s worth monitoring over the summer & being ahead of the expected ADP in draft leagues.