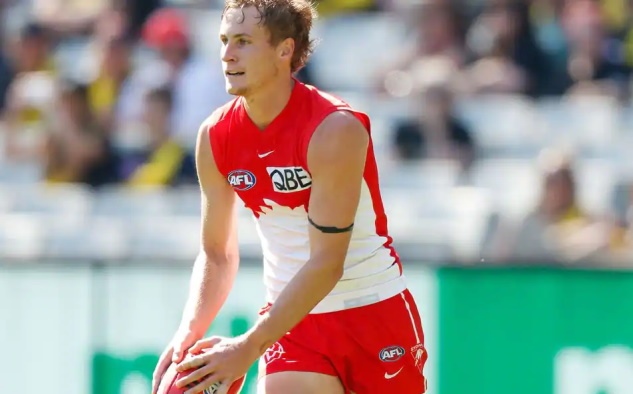 Jordan Dawson has been traded to Adelaide, he has played 64 games for Sydney.

“We think centre forward, using his kick inside 50,”

Dawson is likely to play behind the ball at the Crows in 2022, he does have the flexibility to move further up the ground into a wing/half forward role.

He is a consideration for season long fantasy at Round 1, there is potential scoring upside.

“To be able to use his ball use inside 50, through the wing/midfield/halfback will be great” Crows GM List Management & Strategy Justin Reid on Jordan Dawson (October 14) via SENSA.

“I’ve definitely spoken to Nicksy (Matthew Nicks) & all the coaches, they’re pretty keen to keep me up in the mid, on the wing & maybe even inside (midfield) a bit.”