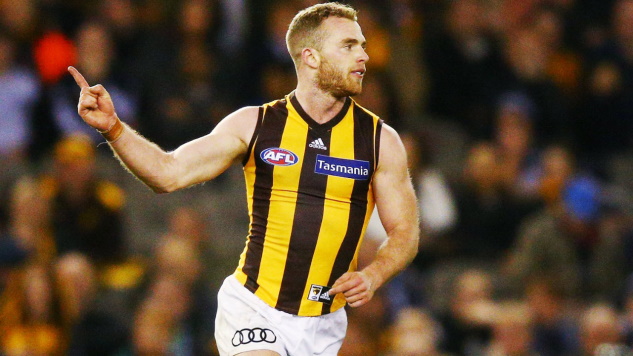 Hawthorn used a solid core group at centre bounces in 2021, although there were some late season alterations with Sam Mitchell announced as new senior coach for the 2022 season.

Tom Mitchell was the No.1 ranked player at the Hawks in 2021, he was used at 70.3% of team centre bounces across the season.

The usage of James Worpel at centre bounces was quite consistent throughout the year, he had a usage rate of 53.7% across the season & 58.0% from the 20 games he played in.

At the back end of the year when it was known Sam Mitchell would take over as head coach for the Hawks in 2022,  Wingard was used at 49.6% from his final 5 games of the 2021 season.

Luke Breust was used sparingly at centre bounces in 2021, that usage started to dry up completely towards the back end of the year prior to him missing the final 3 games.

Jai Newcombe was given an immediate opportunity to develop his game in the middle of the ground after being selected in the mid-season draft, watch out for what could be decent usage in 2022 under Sam Mitchell.

Conor Nash was also given an opportunity late in the 2021 season, it is worth noting over the pre-season where Sam Mitchell intends to position him.