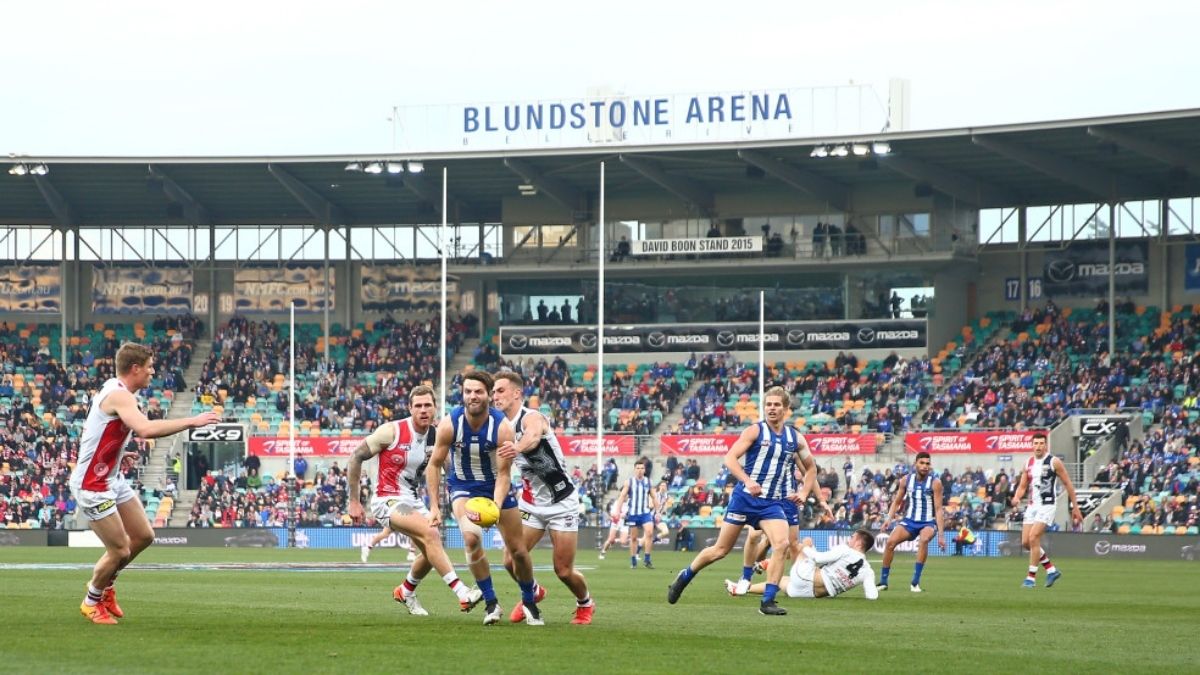 The preference for North Melbourne is to continue playing home games in Tasmania, for the short to medium term.

That situation will change if Tasmania are successful in obtaining an AFL licence.

North Melbourne CEO Ben Amarfio provided an update on Friday via SEN, along with several potential timelines that are important to take note of.

North Melbourne will continue to play limited home games in Tasmania at Blundstone Arena, that is likely to be extended until Tasmania begin competing in the AFL.

“Our preference is that we continue to fill that void for that bridge period & continue playing in Tasmania.”

“We’d like to play there for hopefully for the next 4 or 5 years, until such time that Tassie gets its own team” Amarfio added.

If Tasmania are successful in obtaining an AFL licence, Amarfio indicated the Kangaroos would then be seeking an alternative venue to play a limited number of home games.

“Then we can start to contemplate what those replacement games look like, whether they go to Docklands or elsewhere”.