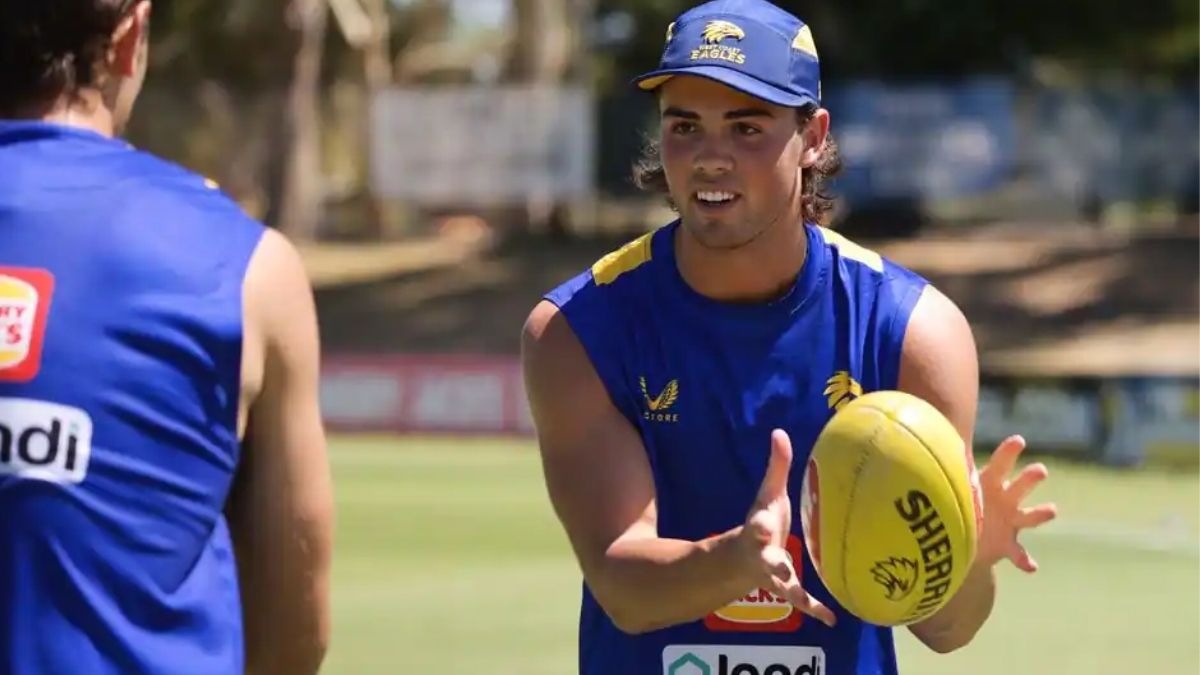 Campbell Chesser provided an update on his fitness & 2022 role this week, he recently joined the Eagles for the first time since being drafted.

He was selected at pick 14 in the 2021 AFL Draft by West Coast, he was recruited from Sandringham Dragons.

Chesser explained his training & what he is undertaking in the early days at West Coast.

“I’m in the midfield group at the moment,”

“There’s a lot of obviously experience in the midfield, asking a lot of questions of I guess a variety of different people as well.”

“Obviously it’s pretty raw to me a lot of our game plan stuff,” Chesser said.

He injured injured his right knee early in 2021, but has since fully recovered from the meniscus tear.

“I think my fitness is where I like it to be at the moment,”

Chesser is likely to begin his AFL career as an outside midfielder, he hopes to move into an inside midfield once he fully develops.

“I think probably initially that outside hybrid kind of mid, I’ve played a little bit across half-back as well but I think predominantly midfield.”

“Once my body grows, I’d probably look to go maybe inside” he added.

Fantasy Impact: Campbell Chesser will begin his early development as a midfielder, the Eagles do have plenty of experience currently running through the middle of the ground.

He may be up against it early to break into the Eagles midfield rotation, senior coach Adam Simpson has previously shown a tendency to be patient with young draftees.

Chesser will likely be a consideration at some stage throughout 2022 in season long fantasy, it’s worth tracking his pre-season progress for rate of development.

He remains a late round speculative option only in single season draft leagues, he’s an option just beyond the high priority picks in dynasty leagues.