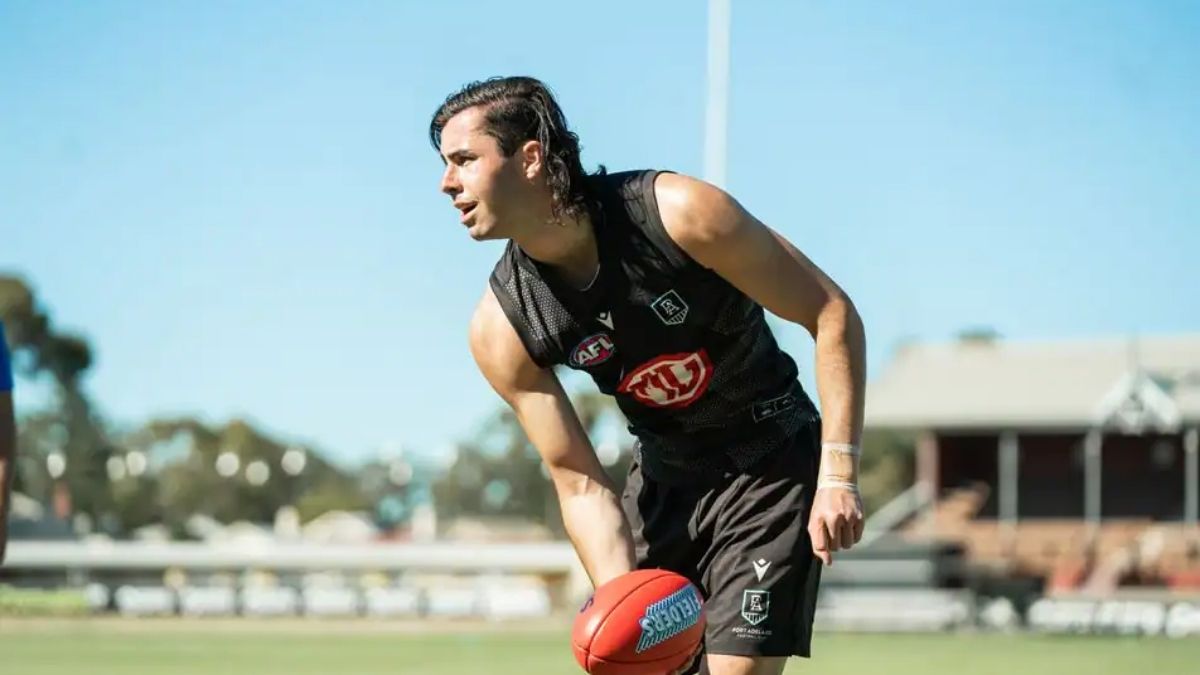 Port Adelaide midfield coach Brett Montgomery has provided an update on Josh Sinn, the 19 year old is into his first AFL pre-season.

Sinn was taken at pick 12 in the 2021 AFL Draft by Port Adelaide, he was recruited from Sandringham Dragons.

Montgomery was impressed by his skills and pace that he brings to the squad in an interview on 5AA, a debut is within reach in 2022.

“I guess the only thing we have to do,”

“We’re not in any hurry to do at the moment is to slow him down.”

“Everything is done at such a breakneck pace.”

“He plays on at all costs, which is not always the right way to go but at the moment it’s exciting and we’ll let him go.”

“There’s a lot to like about him, he’s just got to find his feet.”

“Because he’s another that, he’s going to be a real beneficiary of some continuity and some time.” Montgomery said.

Fantasy Impact: Josh Sinn is well and truly on the radar for a debut in 2022, he provides a speed dynamic to the Port Adelaide team.

Sinn is a consideration for season long fantasy if he makes his AFL Debut, he is highly likely to exceed value based on his starting salary.

He’s a late round option at best in single season draft leagues.