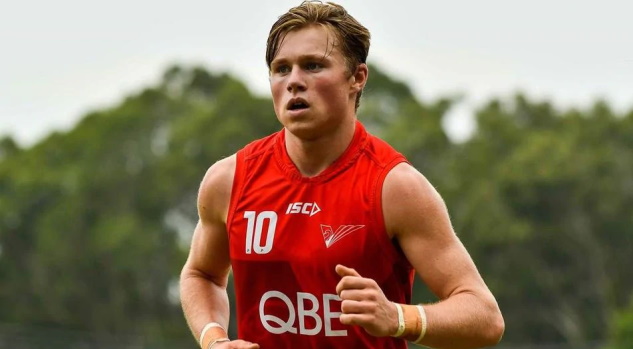 Braeden Campbell will be sidelined for an extended period, he has not played since May 1st in the VFL.

Campbell has been diagnosed with a stress reaction in his right tibia via Swans media.

Campbell is on a rest recovery program, once he is pain free he will start to increase his training loads again.

There is no current timeline for a return, the Swans will likely provide updates in the upcoming period.

Campbell is averaging 56.8pts from 6 games this season, he recorded a season high of 96pts in Round 2.

He has mostly been used across half back at AFL level this year, a move into an inside midfield role is likely at some stage throughout his career.

For those still holding Campbell in AFL Fantasy classic, it’s now time to trade him out.