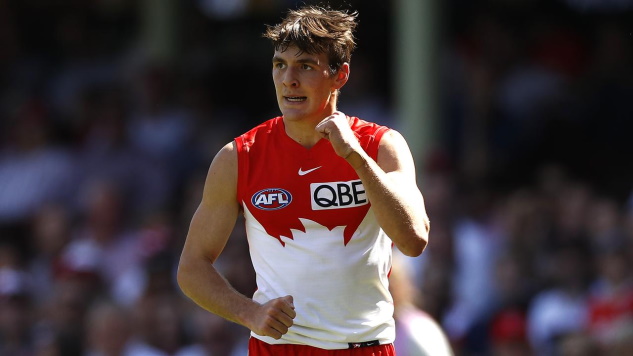 Errol Gulden will be sidelined for an extended period, he did not play in Round 9.

He has been diagnosed with a stress reaction in his foot via Swans media.

Gulden will not participate in running for two weeks, he will increase his training loads post Round 14 bye.

There is no current timeline for a return, the Swans will likely provide updates in the upcoming period.

Gulden is averaging 73.9pts from 8 games this season, he scored a season high 108pts in Round 1.

The injury has soured an impressive start to his AFL Career.

Isaac Heeney returned to the team in Round 9, Nick Blakely was also an inclusion. Will Haywood has now settled back into the team after missing the first 4 games of the season.

Gulden is a trade out in AFL Fantasy classic.