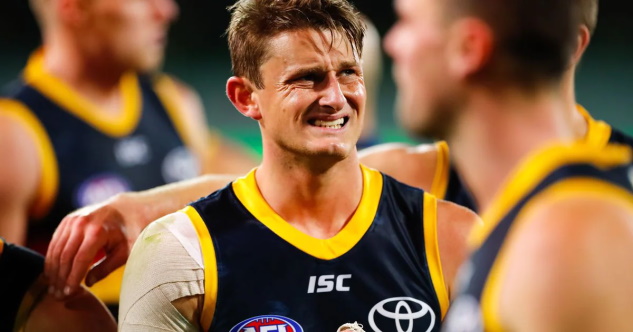 Matt Crouch has been sidelined for an extended period, he will undergo surgery this week for an ongoing groin concern.

He played in the pre-season game against Port Adelaide, it was expected he would be ready to start at Round 1 but has struggled with the injury since.

“We had managed his training loads accordingly and he had progressed to joining main training with the group last week.”

“But he has continued to present with persistent groin pain which has led to the decision to have surgery.” Crows Head of Football Adam Kelly.

His brother Brad Crouch provide the latest update on Wednesday morning via RSN.

“Hopefully play the last 5-6 weeks of the season”

Adelaide will likely provide updates throughout the rehabilitation for Matt Crouch.

Adelaide has been shorthanded in the midfield this season without Crouch & Rory Sloane for a period of time.

Sam Berry has been given an opportunity to play as an inside midfielder while spending time forward.

Ronin O’Connor made his AFL debut last week, he was solid in his first AFL game despite playing limited minutes. Sam Berry played more forward as a result.

Luke Pedlar is expected to return via the SANFL this week, a clean run without injury should provide an opportunity to make his AFL debut in 2021.

Ben Keays & Rory Laird have been outstanding through the Crows midfield this season.

Matt Crouch is still not a target in AFL Fantasy classic.