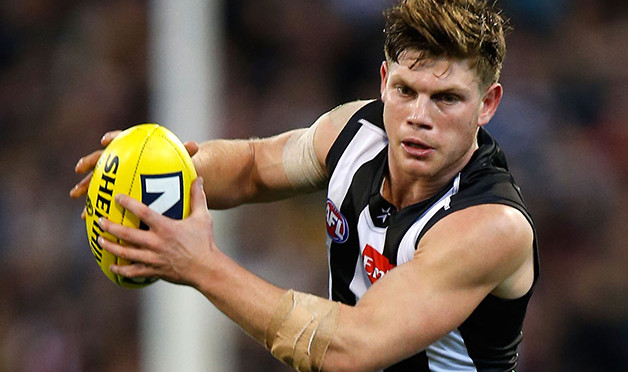 Taylor Adams has been sidelined with a knee injury, the incident occurred in Round 10 against Port Adelaide.

He subsequently did not play in Round 11.

The injury has been diagnosed as a minor tear to his MCL via Magpies media.

Adams will be on a rest & recover program, then he will build back into full training once he is cleared by the medical team.

Collingwood will likely provide updates over the upcoming period throughout his rehabilitation progress.

Taylor Adams has played in only 4 of 11 games this season, he is averaging 88.4pts which includes a season high 121pts in Round 2.

Brayden Sier came back into the team last week & was used in an inside midfield role for the Magpies, Tyler Brown is also sidelined through injury after being used at a high rate at centre bounces in previous games.

Senior coach Nathan Buckley has so far resisted placing Scott Pendlebury back into the midfield, he has played predominantly forward recently.

Josh Daicos has been used at a higher rate through the midfield along with Jack Crisp this season.

Jordan DeGoey spent some important moments through the midfield last week & Jamie Elliott is set to return in Round 12 & can roll through centre bounces.

Taylor Adams is not considered an option in AFL Fantasy classic at present due to his injury interrupted 2021 season.