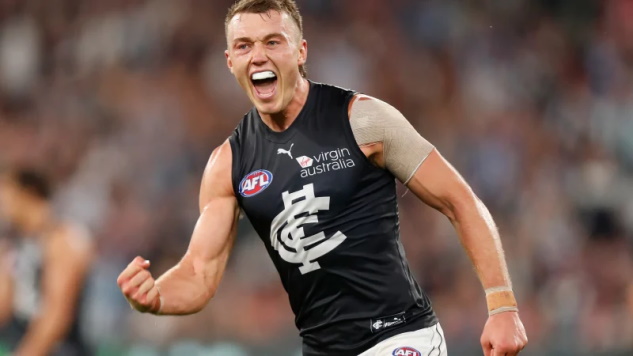 The 2021 H&A season was a period of transition for Carlton, Sam Walsh was used at 67.7% of centre bounces which was a monster increase on his 2020 usage.

It was an injury impacted year for Patrick Cripps, he was used at 70.8% of centre bounces across the entire season. He had a usage rate of 77.7% from the 20 games he played in.

Ed Curnow was used at 49.8% at centre bounces across the entire season, this represented a huge drop-off in usage compared to the 2020 season. He was used at just 17.9% from his final 8 games of the season.

New Carlton senior coach Michael Voss will no doubt put his own fingerprints on the centre bounce rotation for the 2022 season, one change will be new recruit Adam Cerra & his usage through the middle of the ground.

Zac Williams was touted to be part of the Carlton centre bounce rotation for the 2021 season after swapping over to Carlton at the end of the 2020 season, fitness issues impacted his ability to run through the middle of the ground in 2021.

It remains to be seen where he exactly fits in now if at all through the midfield under Voss, his positioning will evolve throughout pre-season.