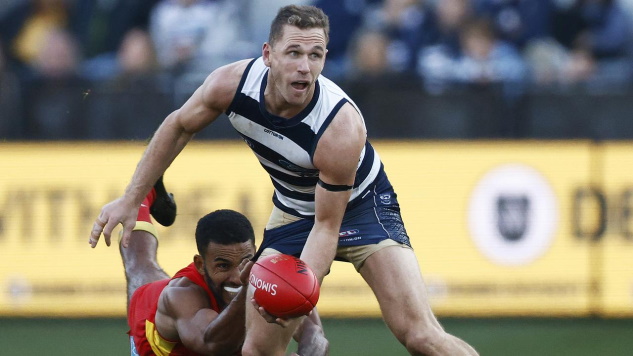 Geelong made several adjustments at centre bounces in 2021, Patrick Dangerfield managed just two games prior to the Round 12  bye while Mitch Duncan had an injury interrupted season which included starting mostly outside the centre square.

Patrick Dangerfield was impacted by suspension & injury in the first half of the 2021 season, this reduced his usage to just 38.3% across the season.

Mitch Duncan had an injury interrupted season, he was used at just 15.4% from the 13 games he played in.