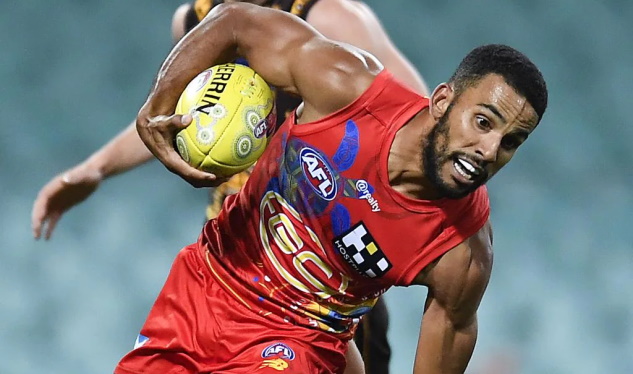 It was a year of change in the middle of the ground for Gold Coast, injuries did play a part in the centre bounce rotation but that was combined with a view to the future.

His centre bounce usage should be strong again in 2022.

It was an injury interrupted season for Hugh Greenwood, a knee injury ended his season early in Round 17 after missing Round 16 (personal).

His usage should be pretty decent through the middle of the ground in 2022 & beyond.

Brayden Fiorini did see a spike in centre bounce usage late in the season when he re-entered the team, this was aligned with the Hugh Greenwood injury.

Lachie Weller did see a sprinkling of centre bounce usage in an injury interrupted 2021 season, he was used at 24.4% between Rounds 1-14.