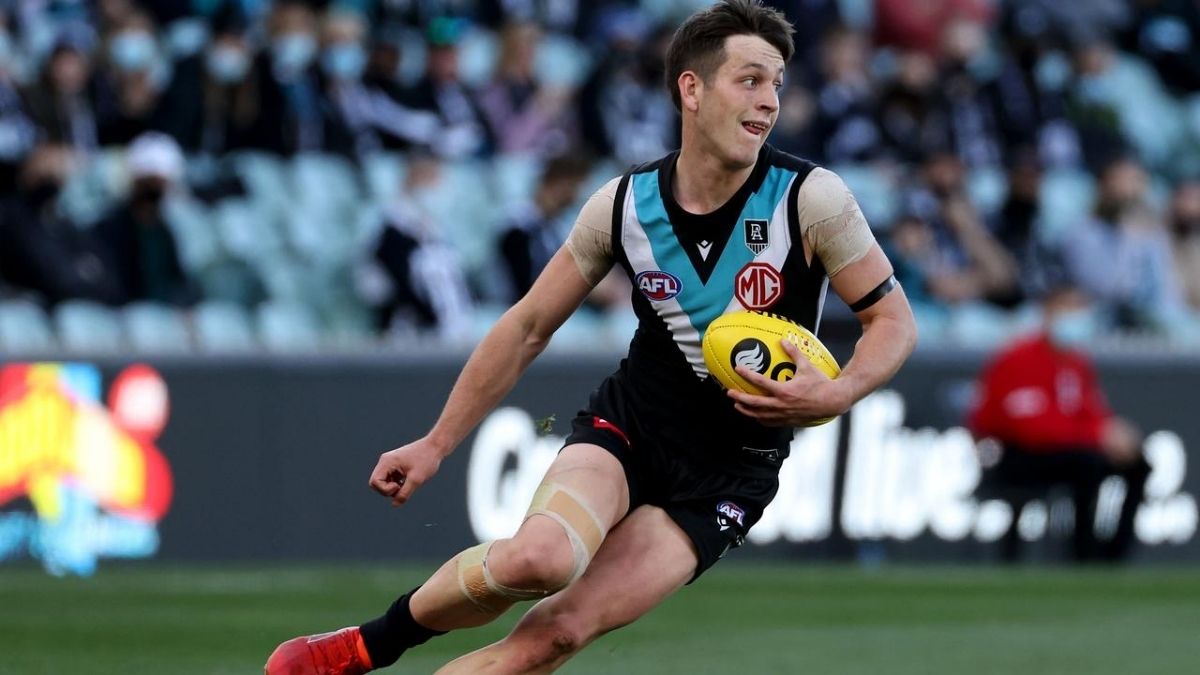 Zak Butters has revealed his intentions for the 2022 season, the 21 year old selected at pick 12 in the 2018 AFL Draft expressed his desire to play through the midfield.

Butters has played 48 games for Port Adelaide, he was limited to just 12 games in 2021 due to injury.

Butters said he “100%” wants to move into the Power midfield in the upcoming season in an interview on SEN SA on Monday, he is set to train with the midfield group over pre-season.

“That’s my goal this off-season,”

“I’m going to be training pretty much full-time midfield this year.”

“Just looking forward to growing in that space and becoming a better midfielder.”

“I think I can really add some great strength to our midfield.” Butters said.

Fantasy Impact: Zak Butters averaged 74.8pts from 12 games in 2021, his year was heavily impacted by injury which limited his usage through the Power midfield.

Butters does have a contested type game that is suited to play midfield, Power senior coach Ken Hinkley would require some changes through his midfield group in order for him to see an increase through the middle of the ground.

Butters is a consideration for Round 1 in season long fantasy, there is upside scoring potential available but that midfield role would need to be secure.

It’s worth bumping him up on your draft board in single season draft leagues, his ADP would likely improve if that midfield role is confirmed over pre-season.