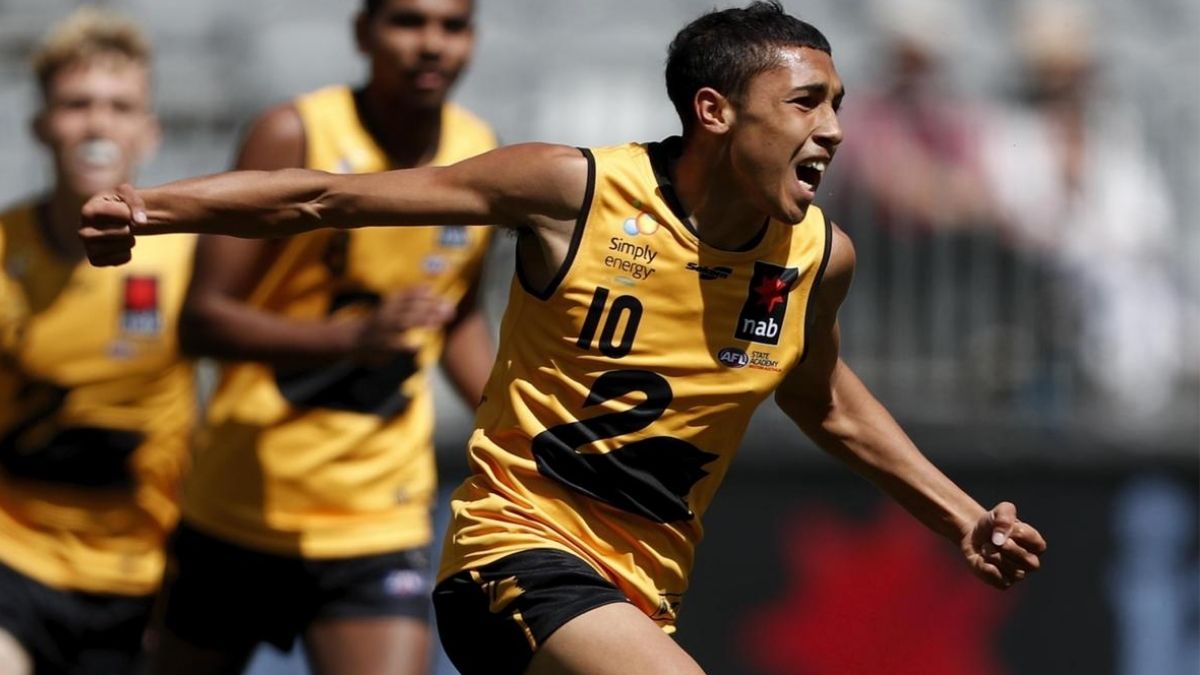 Arthur Jones was taken at pick 43 in the 2021 AFL Draft by Western Bulldogs, he was recruited from Claremont.

He plays as a small forward/wing type, he currently stands at 178cm, 60kg.

“Arthur is a very exciting player,”

“He’s got blinding speed and a fair bit of endurance as well.”

“He’ll have to hit the gym when he gets here, he’s only a light guy at the moment, but certainly has got some very exciting attributes that we’ll be patient with.” Milesi said.

Fantasy Impact: Arthur Jones will add a different dynamic to the Bulldogs forward line, he has excellent speed & awareness.

He’s sharp & elusive at ground level, his first year in the AFL system will provide development & an ability to build up body size.

The short term fantasy prospects are likely to be very limited for Jones, the Bulldogs could be very patient in 2022.

Jones is a pass in season long fantasy, the scoring output isn’t likely to be strong early in his career.