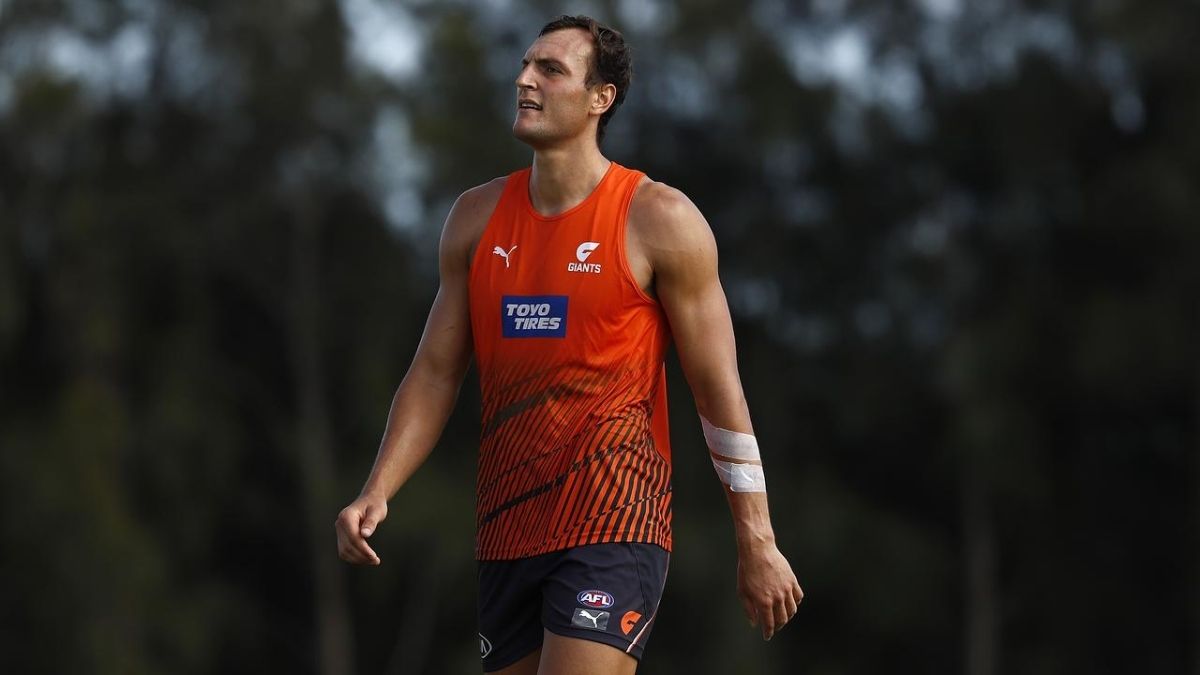 Braydon Preuss hasn’t been locked into the No.1 ruck position at GWS, this was according to Giants GM of Football Jason McCartney on Wednesday.

McCartney said Preuss was “going well” and “ready and raring to go” in an interview via SEN.

“It’s a great opportunity because obviously Shane Mumford has played just such an enormous role for us since returning out of retirement three years ago.”

“The opportunity is really there for not only Braydon, but we got some AFL exposure to Kieren Briggs and obviously Matt Flynn last year.”

“Those three boys are really fighting for that opportunity to take that position and it’s yet to be decided.”

“It’ll be a bit horses for courses whether it will be just one ruckman or at times I could probably see us going with two.”

Preuss did not play in 2021 due to injuries.

The Giants play Sydney in Round 1 at Accor Stadium.

Fantasy Impact: Braydon Preuss will be competing for the No.1 ruck position at the Giants over pre-season, GM of Football Jason McCartney has been consistent on looking at a dual ruck scenario since the 2021 season finished.

“So we’ll work through that over the off-season & it will all be predicated a bit by the tweaks in the style of play we want to implement.”

“They’ll be fighting it out, there might be at times where two of those guys play & one spending time forward” McCartney said back in October.

Preuss can score well from a fantasy perspective, ideally it would be preferred in a solo ruck situation.

Giants senior coach Leon Cameron has previously relied heavily on Shane Mumford who has since retired, although Preuss is not guaranteed he has a similar build/game to Mumford.

Preuss is a consideration in season long fantasy providing he has a clear injury free pre-season, keep in mind the potential for a dual ruck set-up throughout the year.

He’s an option likely at the mid-point in single season draft leagues, keep in mind his previous injury history & opportunity.