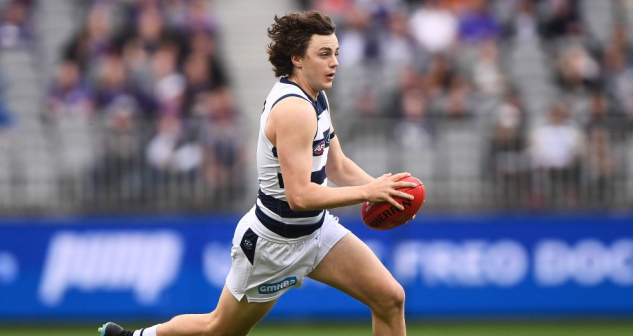 Jordan Clark has been traded to Fremantle, he has played 29 games for Geelong.

“Jordan is a player that we have always rated highly. He possesses great speed and strong run and we feel that this will be a valuable addition to our defence or to our wings” Fremantle EGM of Football via Dockers Media.

FANTASY IMPACT: Jordan Clark averaged 56.4pts from 8 games for the Cats in 2021, he scored a season high 79pts in Round 21 against GWS.

Clark is set to play across a wing & half-back role, he should see an increase in fantasy output at Fremantle.

Clark is a consideration in season long fantasy at Round 1, he’s a late round selection in 10 team standard draft leagues.

“Personally I prefer playing off half-back, but I also don’t mind playing on the wing as well.” Jordan Clark (October 14) via Dockers Media.