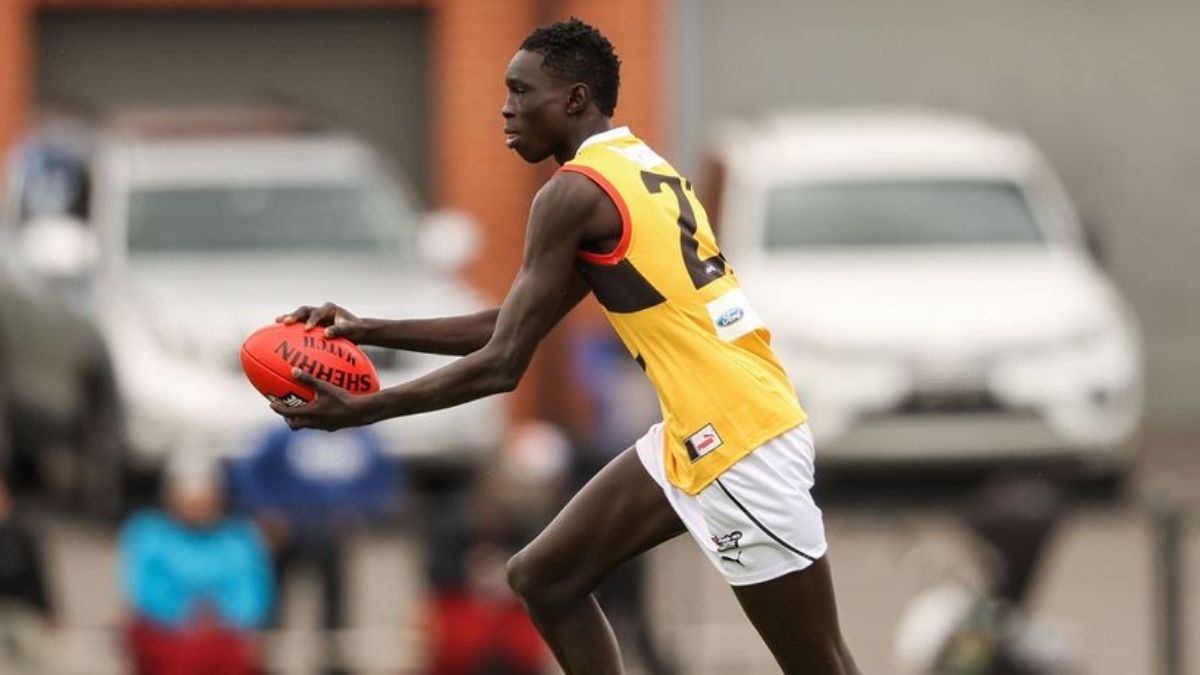 Mac Andrew was taken at pick 5 in the 2021 AFL Draft by Gold Coast, he was recruited from Dandenong Stingrays.

Gold Coast are likely to set Andrew on a development path early, a key position role is also a possibility .

“We’ve scouted Mac for several years and see great potential in him as an exciting ruck prospect that has versatility to play other positions,”

“On top of this, Mac shows tremendous physical attributes; for someone two metres tall he’s fast, agile, has a great leap and is quite skilful and those players don’t come around very often.

“Like many draftees, Mac still has a lot of development ahead of him and we are excited to see where he can progress to in years to come.” Gold Coast National Recruiting Manager Kall Burns.

Fantasy Impact: Gold Coast are likely to develop Mac Andrew early in his career which may limit his fantasy output in the short term.

The longer term fantasy prospects appear to be very good, he has the potential to turn into an elite tap ruck than can impact at ground level.

Andrew is likely a pass for season long fantasy at Round 1, he’s certainly a worthwhile watch over the pre-season to track his development & likely opportunities for 2022.

He’s a speculative late round selection in single season draft leagues, he’s a priority target for dynasty leagues but patience may be required.