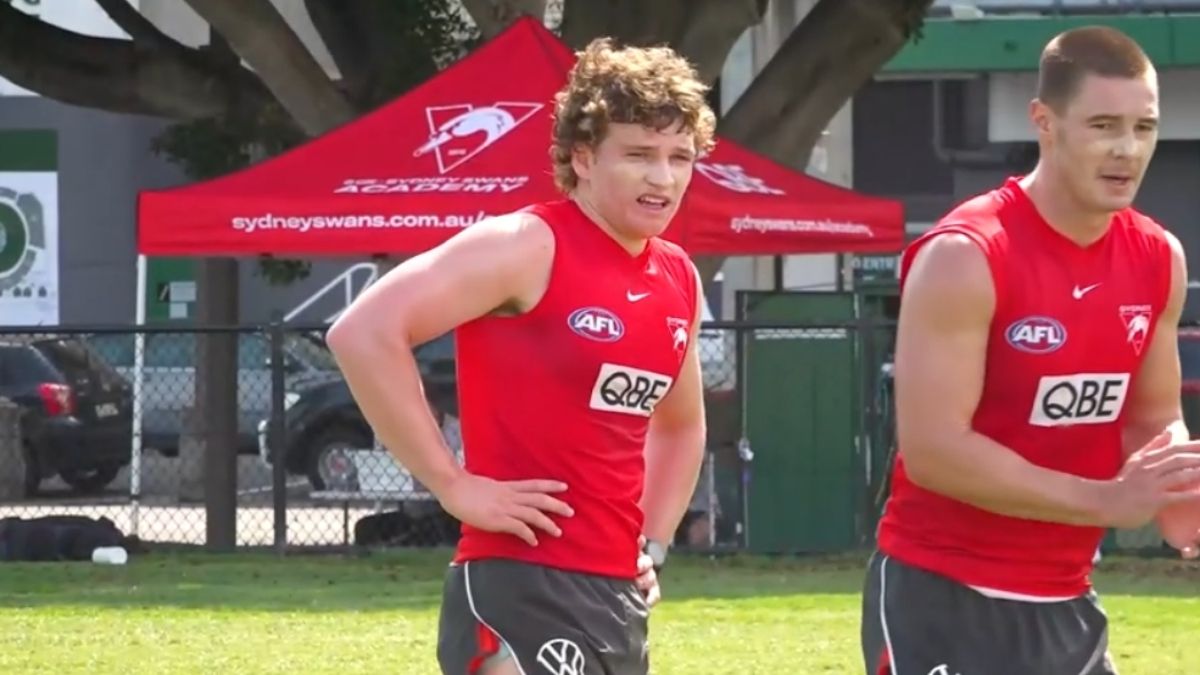 Angus Sheldrick provided an update on his role for 2022, he will play in a forward role.

Sheldrick was selected at pick 18 in the 2021 AFL Draft, he was recruited from Claremont.

He recently joined Sydney after spending Christmas back in WA following the draft.

Sheldrick was selected at pick 18 in the 2021 AFL Draft, he was recruited from Claremont.

He recently joined Sydney after spending Christmas back in WA following the draft.

Sheldrick said this week he’s moving to a forward role, with a view to develop back into a midfield position in the future.

“It will take time to learn the new game plan.”

“I’ve moved to the half-forward line this year, probably a smaller type of forward.”

“Got drafted as an inside mid, I think develop into that in a couple of years.” Sheldrick said.

Fantasy Impact: Angus Sheldrick has a clear identified role at Sydney early in his career, as he develops & builds a tank he is expected to be an integral part of the midfield group at the Swans.

He is a live chance to play at AFL level in 2022, his scoring output could be limited by his forward role but he can certainly win plenty of ball in favourable conditions.

Sheldrick is a consideration for season long fantasy in 2022, keep a close track on his pre-season for a possible early season debut.

He’s now likely a pass in single season draft leagues with a clear forward role in his first year established.