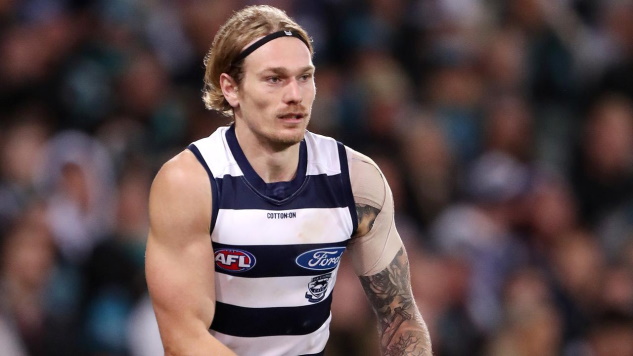 Tom Stewart has won the 2021 Geelong Best & Fairest Award, it is the first time he has won the ‘Carji’ Greeves Medal.

“A remarkable story really, when you consider that the way our best & fairest system is composed.”

“If you miss a lot of footy, it’s almost impossible to win.”

“It really is a credit to & speaks to just how good he was” Geelong senior coach Chris Scott via Cats Media.

Stewart underwent foot surgery late in the season, he did not return beyond Round 21.

The progress in recovery will be important to monitor over the pre-season for Stewart.

He is a consideration in season long fantasy at Round 1 if he is all clear from a health perspective, he should also remain a strong early round selection in draft leagues.