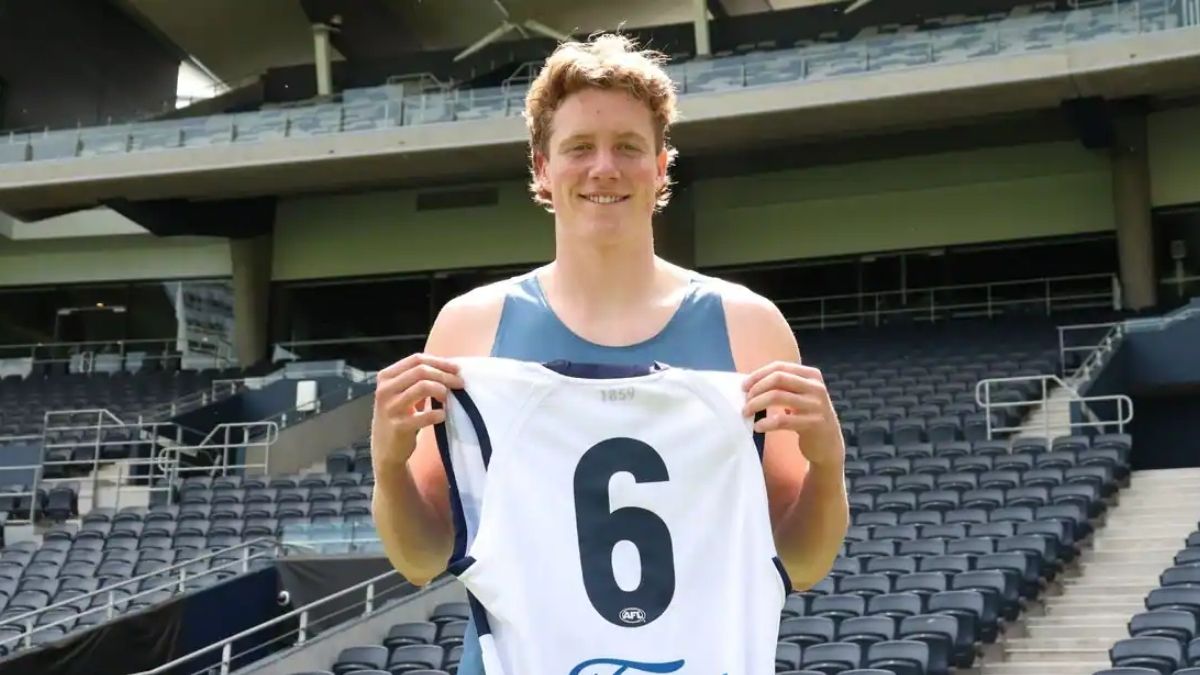 Toby Conway was taken at pick 24 in the 2021 AFL Draft by Geelong, he was recruited from Geelong Falcons.

Conway is likely a long term prospect for the Cats, his development as a ruck will take time.

“Toby, like most ruckmen, may take a while to develop but with some established rucks at the club this will give Toby time to learn and develop his trade.” Wells said.

He’s a decisive tap ruck player, he reads the play well & is a strong mark.

The short term fantasy outlook could be limited, he is currently well down on the depth chart at his position.

His rate of development will be the key to his long term fantasy prospects, his scoring output should be strong assuming he is a clear No.1 ruck at Geelong.

Conway is likely a pass at Round 1 in season long fantasy, it is unlikely he will be available for the Geelong best 22 unless significant injuries do impact.

He’s a pass in single season draft leagues, he’s a reasonable early draft selection in dynasty leagues if you are in need of a ruck long term.