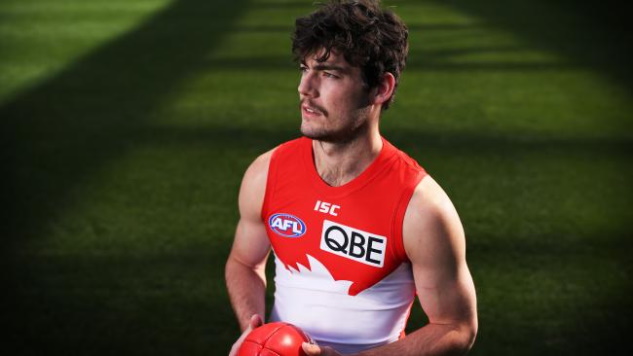 George Hewett has joined Carlton as a restricted free agent, he has played 120 games for Sydney.

“He’s got over 100 games of experience, he’s featured in finals and performed well in them. He gives us a different look in our midfield group and we think he’s someone our fans will really resonate with given his manic attack on the football.” Blues Head of List Management Nick Austin via Blues Media.

“He is a great competitor and has been a really consistent player for us over his 120-game career.” Sydney EGM of Football Charlie Gardiner via Swans Media.

FANTASY IMPACT: George Hewett averaged 66.0pts from 21 games in 2021, he scored a season high 106pts in the Preliminary Final against GWS.

Hewett is likely set for a run with role in the Carlton midfield, this will impact the centre bounce numbers for a few players at the Blues with an expect shift in roles.

He is a pass in season long fantasy at Round 1, he’s a solid late round selection in draft with upside potential.