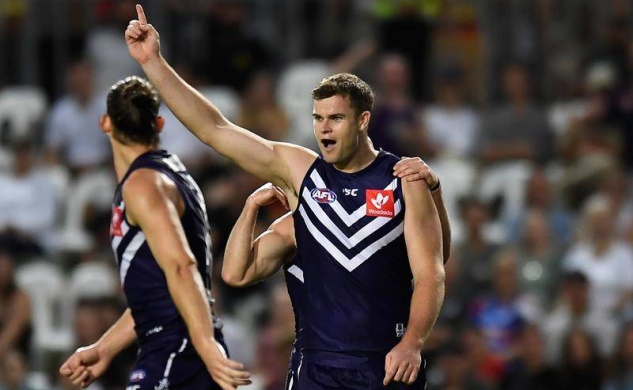 Sean Darcy has won the 2021 Fremantle Best & Fairest Award, it is the first time he has won the Doig Medal.

“It still hasn’t sunk in at the moment, I really didn’t think I was going to get up, I thought David Mundy had it for sure so I’m a bit embarrassed to be up here. He was an unbelievable player this year. It’s a bit weird but I’m sure I’ll get used to it.” Sean Darcy via Dockers Media.

He recorded a season high 113pts in Round 9 against Essendon.

Darcy struggled at the back end of the 2021 season with injury, a healthy 2022 season should provide potential upside in his scoring output.

He is a strong consideration for season long fantasy at Round 1, he’ll likely be taken early in draft leagues & ahead of projected ADP.